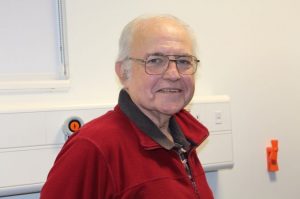 “Life is not just for yourself”

says kidney patient David Southworth who is taking part in NURTuRE, his second research study at Salford Royal Hospital. It’s a simple sum for the former further education teacher – being involved in research has meant little inconvenience for him and it is helping to find new and better treatments that will one day transform patients’ lives.

“When I was asked about taking part in research myself, I couldn’t see any reason why not. I’ve had a few extra tubes of blood taken and answered questionnaires. It has only taken a few minutes and it could make such a difference in the future – if not a cure, then something that will prolong people’s lives. It’s really easy and it’s helping other people with kidney problems as well as myself. You never know when there might be a breakthrough.” 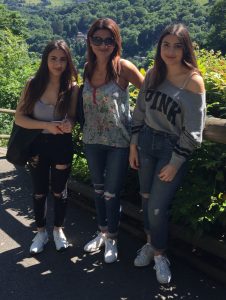 Derbyshire mum, Skevy Piponides (pictured here with her daughters Florentia and Andrea), has late-stage CKD and hopes her involvement in the NURTuRE study could eventually shed light on the causes of kidney disease.

“I had no prior symptoms or problems but, after a bout of mild dizzy spells, tests revealed that I had the kidney of an average 80-yearold, in terms of condition and function. No one can explain how this has happened, but the biobank may help to finally get to the bottom of this mystery and shed further light on the causes of other kidney conditions.”

Skevy’s renal unit at the Royal Derby Hospital invited her to take part.

“I was more than happy to help and the whole process has been so simple. They just took blood and urine samples, did some height and weight measurements, tested my memory skills and asked me a few other questions. It was all done during a routine appointment and they’ll simply repeat the process in a year’s time. I’ve never been part of a research study before but, if my involvement can help other people like me, then that would be fantastic.” 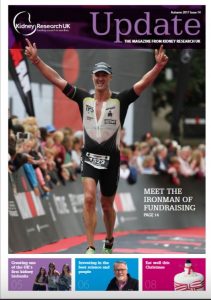